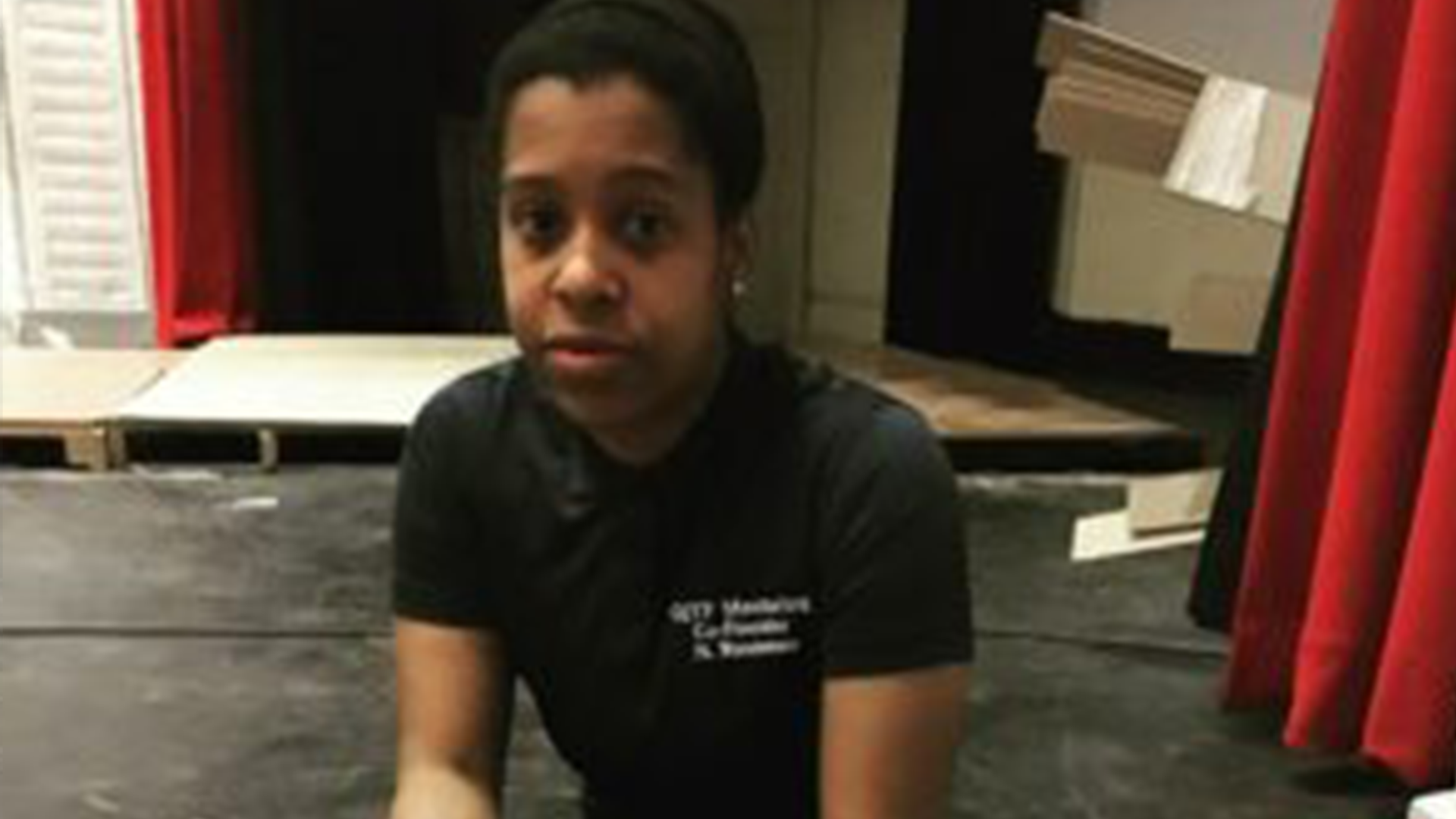 Nyeelah Rousseau talks about how the Youth Empowerment and Urban Studies (YES) program prioritized getting students out of the classroom and into the community: “We spent a semester learning about the theory…by the second semester, they were like, we’re going to train you to get out there, start talking to people, and working with community organizations.” For Nyeelah, the experiential learning component of the YES program was particularly impactful. She knew pretty quickly after transferring to West Chester University what she wanted to do for her internship—give back to the community she came from so she started a pilot program at her old high school to build a curriculum to help with student government work.

Nyeelah Rousseau, a senior at West Chester University, is the first to recognize her own privilege. “I attended a private high school,” she said. “And grew up with both parents in my house, and always had someone there for me.” But not everyone in her neighborhood where she grew up, in the suburbs of Philadelphia, can say the same. This disconnect—between her relatively advantaged upbringing and others in her community—is what first drew her to pursue an education and career in social change.

“Growing up, I noticed the distances between people who look like me but weren’t afforded the same opportunities as me,” she said. “I was in a position of power and privilege, and started to see it as my duty to bring awareness to people experiencing different things than I was, not even a block away.”

Though she knew she wanted to give back in some way, she wasn’t sure exactly what form it would take. She explored a number of different areas of study—everything from business to physical therapy—before meeting Hannah Ashley, Director of the Youth Empowerment and Urban Studies (YES) program at West Chester University. “I was actually attending La Salle University at the time, but was on campus for a conference,” Nyeelah said. During a session on community development, Hannah told Nyeelah more about the YES program, “and I knew immediately that this is what was going to help me serve my community.”

She was impressed from her first day with the program, during an exercise in which students were asked to wear stickers displaying different strengths they possess. “It helped everyone in the class realize where you come from,” Nyeelah said. “You may be wearing a sticker that says one thing, but the person right next to you might have something that says something completely different—who are you, and what do you bring to this space?”

Nyeelah particularly liked that the program prioritized getting students out of the classroom and into the community. “We spent a semester learning about the theory,” she said. “But by the second semester, they were like, we’re going to train you to get out there, start talking to people, and working with community organizations.”

The experiential learning component of the YES program, Nyeelah said, was particularly impactful for her. And she knew pretty quickly after transferring to West Chester University what she wanted to do for her internship—give back to the community she came from. “I started a pilot program at my old high school to build a curriculum to help with student government work,” Nyeelah said.

Even though she was just a few years older than the youth she would be working with—“a near peer,” Nyeelah called herself—she says her training through the YES program prepared her for the challenge. “That very first day we defined what we wanted student government to look like at the school—are you just voting on prom themes? Or do you want to go into the community?”

The high school students weren’t used to being asked such direct questions, which was a barrier Nyeelah worked to overcome. The pilot wasn’t about a college student lecturing a high school student, and telling them what to do, she said. “It was interactive; we had two hours each session—so you tell us your thoughts on gentrification, or bullying, or whatever else is going on in the school, and what we should do about it.”

At the beginning of her pilot program in the school, Nyeelah said she had just a couple of students attending regularly. After four months of engaging with the high school student body—and listening to concerns and ideas for fixing them—she had upwards of 20 to 30 students attending each session. “About three months in, we had students self-organizing to stuff like handing out flyers to get people involved in a neighborhood cleanup.”

As Nyeelah is finishing up her senior year, she’d not totally sure what will come next for her in her career. But if she had her choice, “I’d keep doing exactly what I was doing in my old high school—building new curriculums, and helping students learn how to live in their communities, not just survive.” And whatever she sets out to accomplish next, she says she’ll credit the YES program for helping her get there. “For me, this minor was critical to helping me find out who I am, and what my purpose is.”